As I tweeted earlier today, the Sporting KC reserves defeated Real Salt Lake 2-0 in Central/Mountain Conference action. Chance Myers scored twice in the first half to lead what looked like a complete team effort, especially defensively, as evidenced by the shutout. I spoke with defender Matt Besler after the game and he said the team played well as a whole. Besler wore the captain's armband for the first time and played well.

Also, as promised, here are a few pics from today's game. 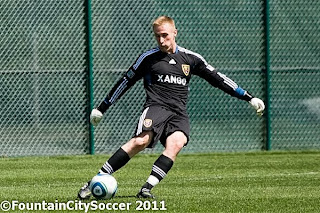 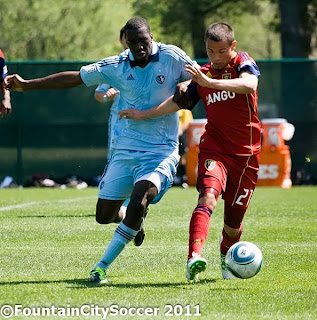 SKC forward CJ Sapong battles RSL midfielder Luis Gil for a ball in the first half. 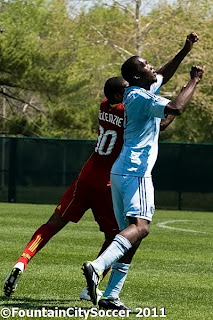 Sapong and former KC player Rauwshan McKenzie prepare to go up for a ball. 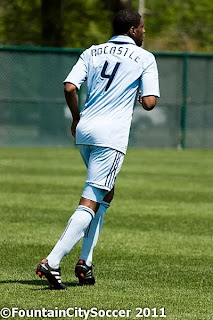 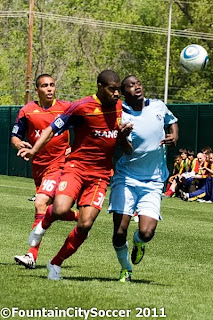 Sapong and McKenzie battle for a ball in the second half.