Cross one off of my life's To Do list... see an EPL team play. Granted, I still have see Liverpool play on the list, but I can say I've seen a team from England's top division live and in person. I just wish I could say that the game was more entertaining.

Scoreless draws are a part of the game, I know, and it was pretty freaking hot out here. The game time temperature was listed as 99. It felt hotter than that, but that's what the official thermometer said.

That's not to say that there weren't interesting bits of the game. New designated player Jeferson made his debut. There were passes he made to Omar Bravo that suggested he had been training with the team for more than just 2 days.

Newcomer Soony Saad also made his first team debut, coming on for Teal Bunbury just after the hour mark. He looked good and he wasn't afraid to shoot the ball, which is a bit refreshing. Some guys seem to be waiting for the perfect shot before they take any shot. That's not meant as a criticism, just an observation. Sometimes, though, you just need to put the ball on frame and see what happens.

Daneil Cyrus also came on as a 2nd half substitute. He's had more time training with the team than the others, and it shows. He seemed to be more comfortable with his teammates.

Next up for Sporting KC is a home matchup with Toronto FC. The lineup that Toronto puts on the field on Saturday will probably look nothing like their lineup 5 weeks ago at BMO Field. Their many roster moves have made sure of that. Kickoff is at 7:30pm per usual.

Here are some of my fave photos from tonight's game. 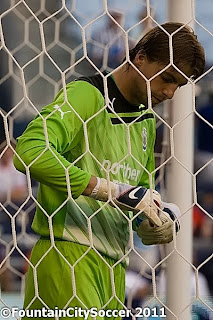 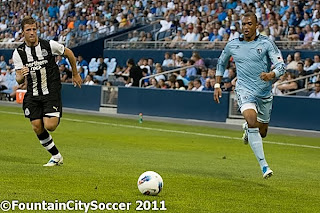 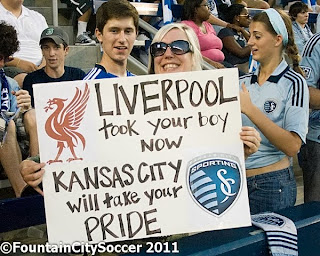 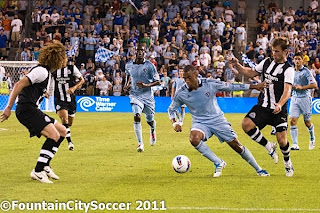 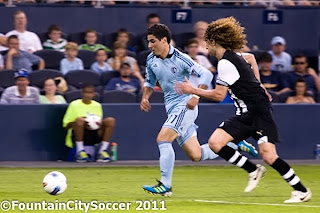 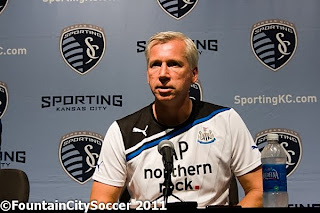